Wherever you are in Europe, you don’t have to travel far for an outstanding dive experience. Europe offers a wealth of fantastic and interesting diving.

Those with a lust for rust are spoilt for choice with historical and superbly-preserved wrecks in many destinations including the jewel in the crown, Scapa Flow in Scotland, as well as numerous wrecks in Norway, Malta, Greece, Italy and many other countries. Ice diving is a popular choice in mainland Europe and Scandinavia. One of the highlights of European diving is surely the diversity of marine habitats – from freshwater lakes and rivers, to the vibrant reefs of protected marine parks and crystal clear waters of the Mediterranean, to stunning caves and inland sites that are ripe for exploration. The wealth of habitats leads to the discovery of all kinds of marine life… everything from tiny seahorses, to seals and sharks. European waters may not be the warmest for diving all year round but the underwater treasures are absolutely worth it.

So, welcome to European Dive Adventures… a fantastic new online resource full of scuba diving news, blogs, travel features and deals, plus outstanding underwater photography exclusively about the dive destinations in all corners of the European continent; brought to you by the expert Scubaverse Media and Dive Travel Adventures team.

We’ve still got a couple of tweaks to make but we couldn’t wait to share our European Dive Adventures with you. Drop us a line at contact@scubaverse.com or via our Dive Travel Adventures Facebook and Instagram. We look forward to seeing you there!

The Wining and Diving series sees Nick and Caroline Robertson-Brown embark on a tour to tickle the taste buds as well as to discover amazing dive sites in wine-making regions around the world. Some of the best wines are influenced by sea breezes and a coastal climate, allowing two of Nick and Caroline’s passions to be combined into one epic journey.

**Please note, Nick and Caroline are not encouraging drinking before diving! The two activities are kept well apart on each of these trips.

Gozo is one of the most popular diving destinations for British divers, offering stunning underwater scenic dives along with plenty of wreck diving. Add to this the sunshine, professional dive centres and the relatively short flight and it is a perfect short-haul getaway. 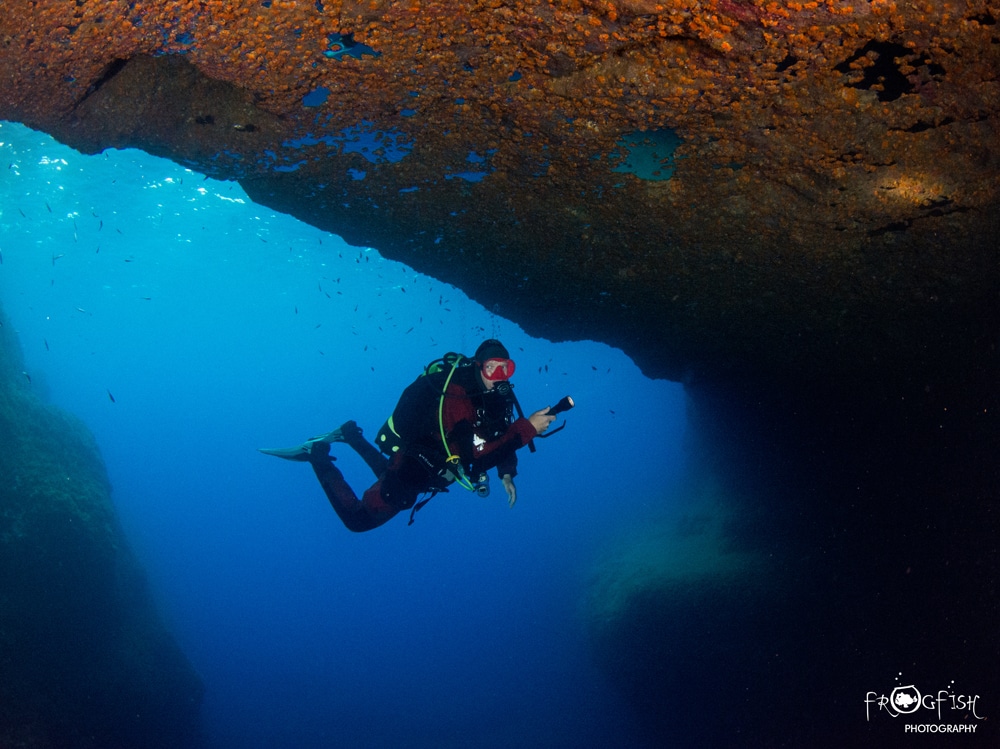 We went for a long weekend dive conference and had heard that there was also an excellent vineyard on the island for us to try out on our non-diving day before flying home – perfect! With only two days of diving on the itinerary we wanted to pack in a much as we could, but the weather and the fact that Caroline had fallen down the stairs the week before and was struggling to walk very far – we needed help and the team at Calypso Divers really went out of their way to accommodate us, so rather that the usual shore diving the island has to offer, we started out visiting some of the most popular dives by boat. 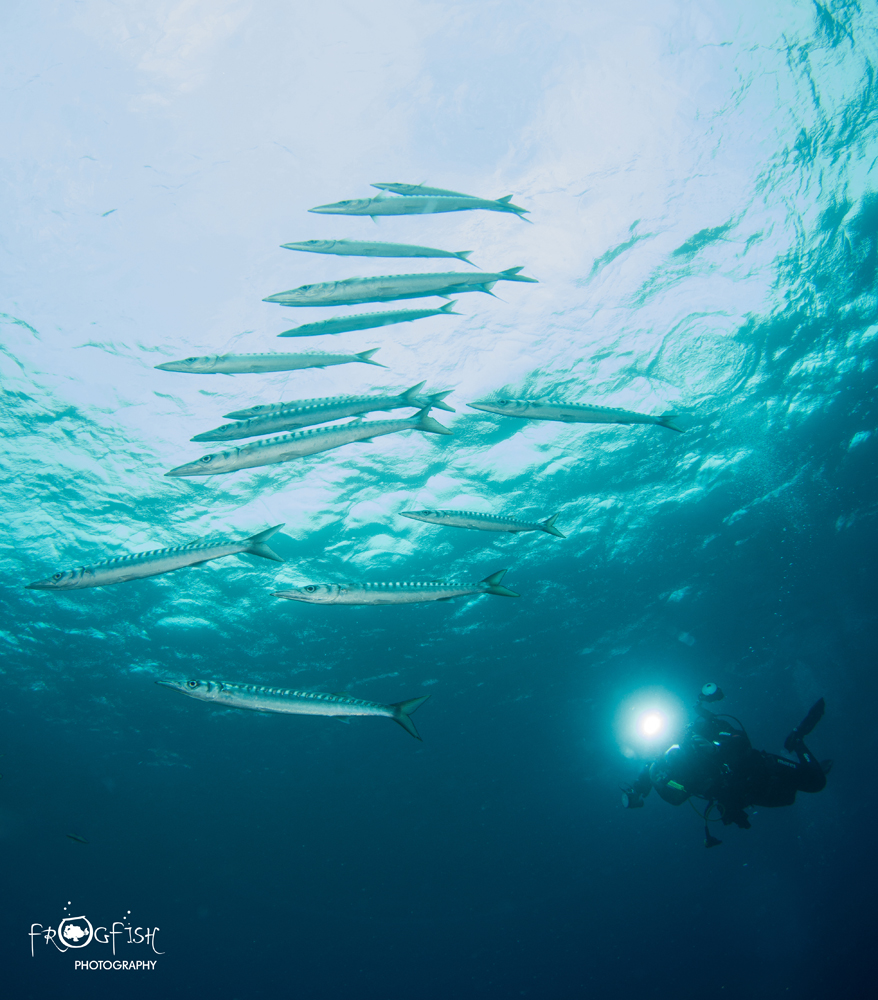 Cathedral Rock and the Blue Hole showed off the dramatic seascape that is a feature of Gozo, with cliffs towering up out of the sea, caves and caverns where the power of the waves has created an underwater playground for divers. We visit Crocodile rock to see the schools of barracuda and to hunt for nudibranchs. 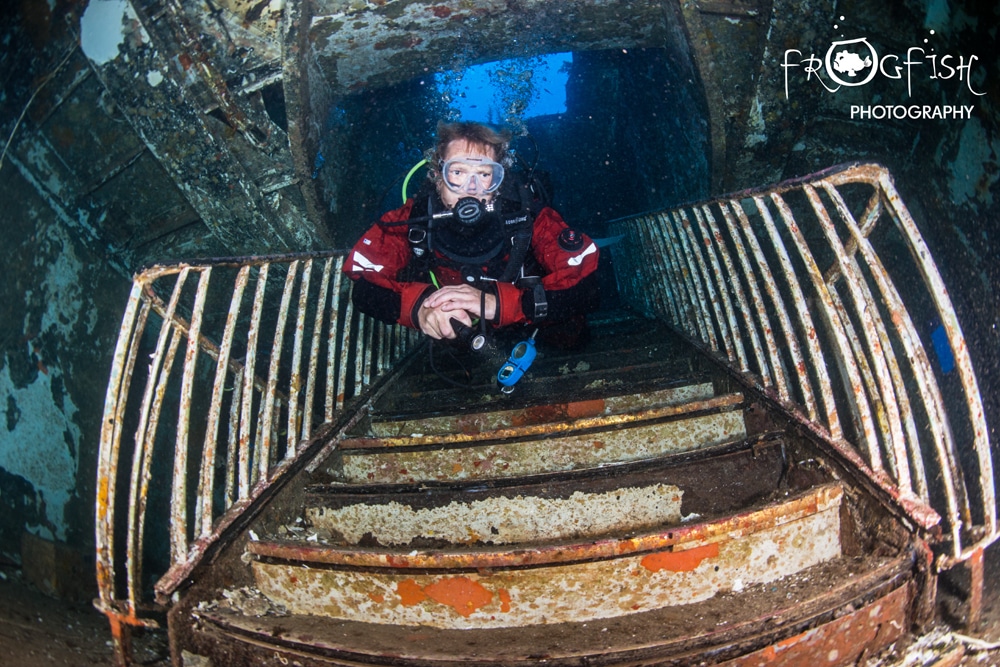 Our final dive saw us visit the wreck of the MV Karwela. This wreck is famous for its staircase that divers can descend and makes for an excellent photo opportunity. 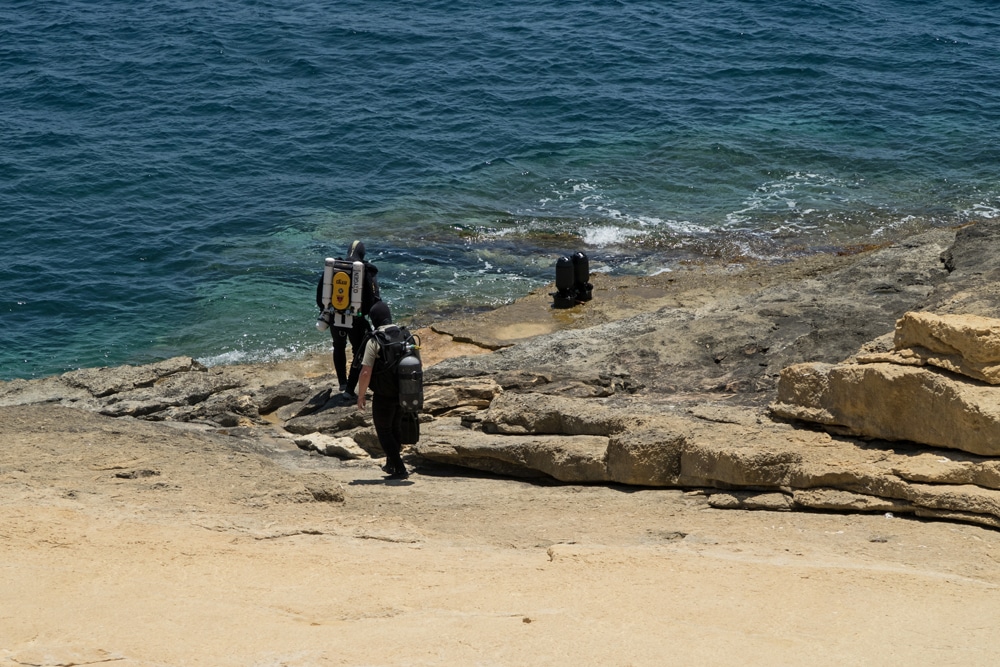 Gozo is also well worth exploring top-side, with beautiful beaches, plenty of history and some lovely places to stop, relax and enjoy the food and drink of the region. We visit the family-owned Tal-Massar winery which hosts twice-weekly tours for groups, taking guests through the winery’s private estate and allowing them to enjoy the spectacular, unspoiled surroundings. 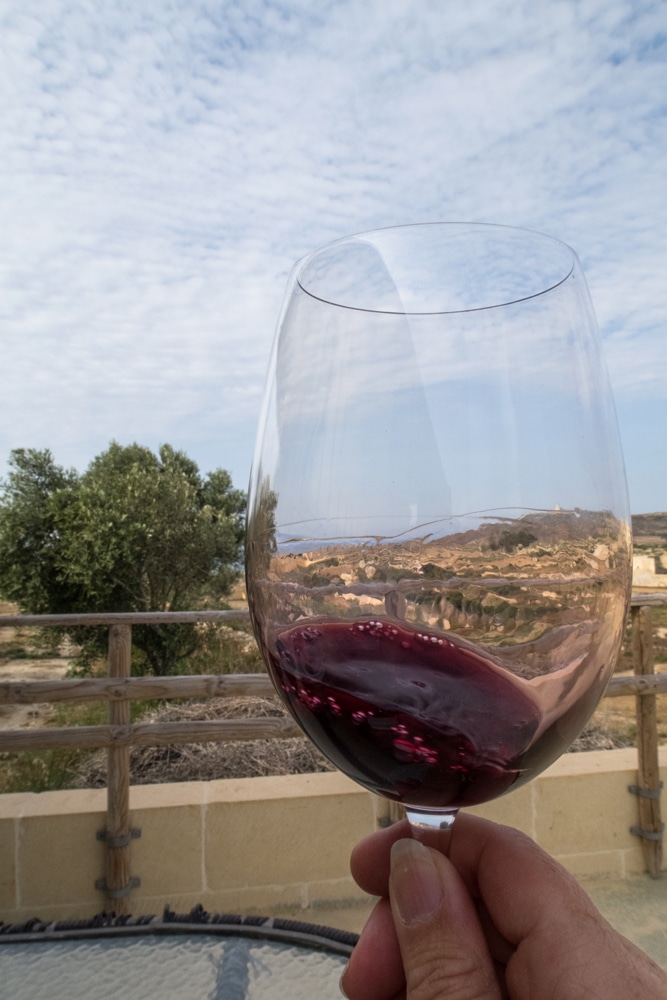 Tours also include a wine tasting featuring at least four different wines, plus traditional Gozo bread and cheese, sundried tomatoes and cold pressed olive oil. It was all delicious!

Rising from the deep seafloor where three continental plates meet, the Azores Archipelago stands as a grand oasis in the middle of the Atlantic Ocean. Here, underwater volcanoes host highly specialized fauna and rugged seamounts hold vibrant, thriving sponges and coral gardens. Forever loved by the whales, adventurous sailors, and its people, the rich heritage of the Azores Archipelago has become globally renowned and cherished. To flourish into future generations, stakeholders believe that these marine ecosystems need to be preserved by a comprehensive network of marine protected areas (MPAs).

Mission Blue, international ocean conservation nonprofit, recognizes the Azores Archipelago as a Hope Spot in support of a coherent network of MPAs that extend from the surface of the sea all the way down to the deep seafloor.

Dr. Sylvia Earle, Founder of Mission Blue, says, “The Azores Archipelago is a magnet for life. It really is a magical place.”  She continues, “Launching the Azores as Hope Spot is so logical – just ask the whales. They know how special this place is. This used to be a place where whales were killed and now people are making a living by respecting the whales and having people come out and visit them as fellow citizens of the planet.”

Christopher Pham, Azores Hope Spot Champion, adds, “The inclusion of the Azores as a Hope Spot is a significant step in our mission to promote the protection of this unique place.” Pham works as a research associate at the Okeanos research center of the University of the Azores specializing in deep-sea ecosystems and plastic pollution.

In 2019, the Regional Government of the Azores announced the Blue Azores program, in partnership with the Oceano Azul Foundation and the Waitt Institute that will lead to the declaration of 15% of the Azorean Economic Exclusive Zone (EEZ) as new no-take marine reserves. However, more work is needed in the conservation of the Azores marine territory, namely the implementation of MPA management plans and a strong Marine Spatial Planning policy, both in progress.

Perhaps what makes the Azores Archipelago such a precious gem of the sea is its rare and richly valuable ecological and biological qualities. The Azores contains a key portion of the Mid-Atlantic Ridge – the most prominent ocean floor feature in the Atlantic Ocean. Here, the ocean is divided into eastern and western deep basins and hosts hydrothermal vent ecosystems. Seamounts in the Azores may act as essential “stepping stones” allowing the faunas from Madeira and Canaries, Africa and the Mediterranean Sea to reach the center of the North Atlantic.